This year Ladies Circle South Africa decided to adopt Cupcakes of Hope as their National Service Project of choice.  There are various ways and means for Circles to participate in this project.  One is to celebrate and coordinate National Cupcakes Day 4 Kids with Cancer on 27 September 2014.  The other ways are to arrange your own Circle’s Cupcake Party of Hope.

Cupcakes 4 Kids with Cancer was held on 27 September 2014 already and Ladies Circle contributed an amount of R65 000.00 which forms part of a global amount of R1,2 mil which was raised all over South Africa.  National Cupcakes Day was held in 55 malls right over South Africa and we must admit, it is the sweetest way to contribute for sure. 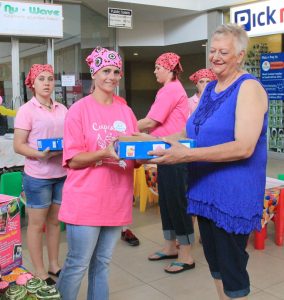 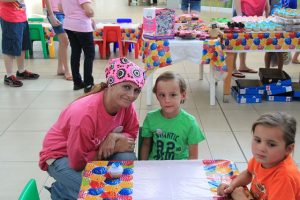 Above left:  Colene Maartens of Loskop Ladies Circle 21 hands over 65 cupcakes to Tannie Marie of the Marble Hall Rusoord.  Above right:  Colene Maartens handed over a survivor pin to Dylan Marais, a brave little fighter against cancer. 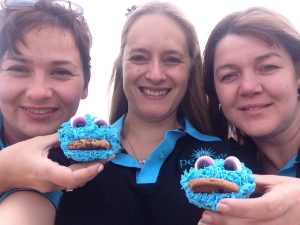 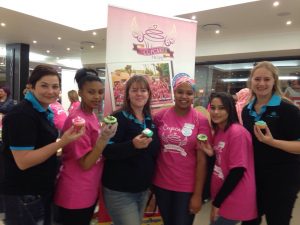 Above:  P.E. Pearls participated in National Cupcakes 4 Kids with Cancer and had a blast! 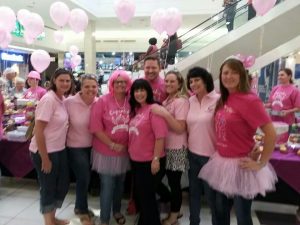 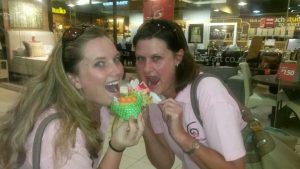 Above:  Edenvale had loads of fun!  Left is Peta-lynn also our National Treasurer having a bite and right is Peta-Lynn and Chantess Wiggell with more supporters of National Cupcakes 4 Kids with Cancer!