Elizabeth Theron, Chairman of Garden Route LC20, recently attended the induction of Craig Gee the new Chairman of RT George 30.  She congratulated the Past Chairman, Wentzel Stewart, on a great year and also wished him well on his soon-to-be RT South Cape Area Chairman’s year.  Bets congratulated Craig Gee and reminded him that one of our objectives is to assist Round Table were possible.   We are just a phone call away, if ever needed.

RT George 30 was involved in the organization of the past LCSA AGM Weekend.  We supported RT 30 with raising funds, food and collecting various items for the victims and fire fighters during the raging fires in the Garden Route last year.  We also teamed up with RT 30 and the other five Service Organizations in George to host a Braai and Social for the elderly.  #SideBySideRocks 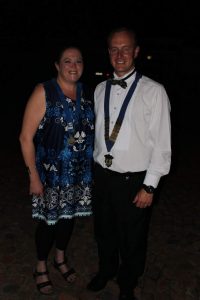 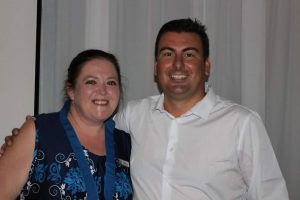 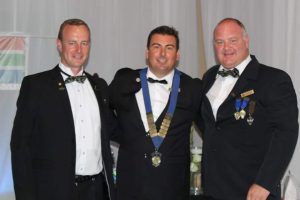