A group of 75 kids from George received a very special Christmas treat when they were taken on a 15-minute aeroplane flight over George. This was the eighth time that the annual “Santa flight” took place, arranged through the combined efforts of the six service clubs of George.

Jaco Hanekom, chairperson of the project, said the success of the 2018 project wouldn’t have been possible without the support of the different organisations, companies and individuals. The Santa flight came about eight years ago when a former Lions member from George, Rick Clutton, came up with the idea of a combined project by the six local service clubs. “We approached the Flight Training College at George Airport to assist in helping making this dream come true. In 2011 we gave 50 kids the opportunity to fly, this year it was 75 kids between the ages of 9 and 14 years,” said Hanekom.

It was a day of special happenings for the kids: paintball, tombola, face-painting and colour hair-spray, ball games presented by Living Ball, jumping castles and all kinds of yummy treats to eat and drink. Each kid received a specially made “ticket” which allowed them to board their planes.  “This year we also had a Ferrari from Marius van Huysteen, and a Chevrolet Camaro from Craig and Linda Anderson to give the kids a ride in a dream sports car. This was a new addition to the Santa flight and the kids and adults were mesmerised,” said Hanekom.

After lunch, Father Christmas made his appearance by helicopter to hand over presents to all the kids, flown in by the Starlite pilot Jacques Weyers. Acsa (Airports Company South Africa) has been very kind in not charging any airport taxes for the eight years. Alistair Berriman from the Flight Training College availed their premises, eight ground personnel and two pilots with their planes. A private volunteer from Altitude Skydiving in Mossel Bay, Tina van Wyk, assisted them.

According to Hanekom, George is the only town in South Africa that does such a project and it is also the only project in the world where six different service clubs come together to do a community project of this nature. “So many George businesses that heard of this fantastic project over the years help to raise funds, find sponsorship and even help on the day. There is literally one adult for every kid on the day. Safety is of utmost importance and all rules are strictly enforced.”

The clubs involved are: Round Table George 30, M.O.T.H Outeniqua Shellhole, Rotary Club of George, Eden Lions, LC 20 Garden Route and Die Vryburgers of George.  Rotary Interact (the junior club of Rotary) and the Holy Cross Leos (junior members of the Lions) help on the day with the games and proceedings.

This year Walk in Doctor’s office ladies secured sponsored products and raised money for the aircraft fuel. Round Table and Rotary also secured generous contributions from overseas clubs. These are RT Dundee Active club from Scotland, RT Warendorf in Germany and Rotary Club Exmouth in the UK. A German Couple, Mr and Mrs Freddy Plangger, donated the presents this year.

Highlight photos of the day (as published in the News Paper) 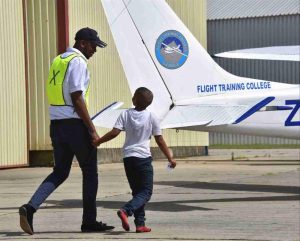 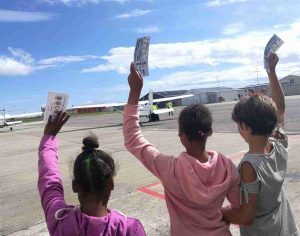 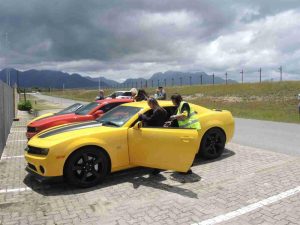 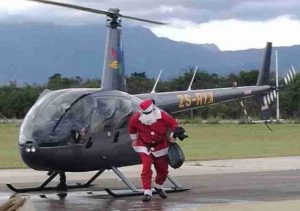 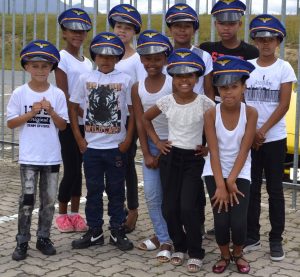 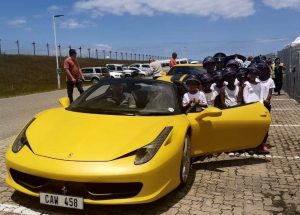 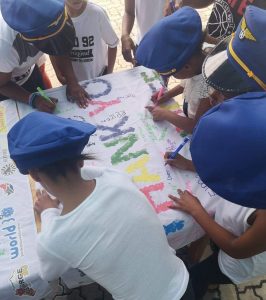 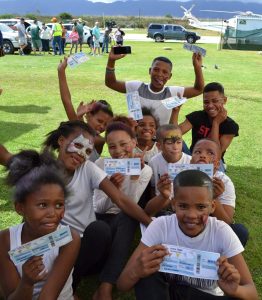 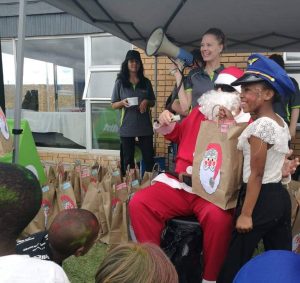 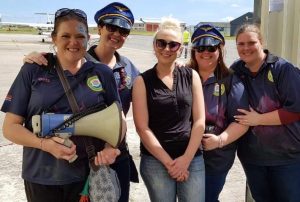 The event was also on 2 x SABC News  Broadcasts: